British and the Sikhs: The Akali Nihangs part 3

In a series of letters written by Sir John Login to his wife Lady Login he narrates his role in the Anglo Sikh wars. These were collated posthumously by Lady Login. In one of his accounts he narrates how some Sikhs had fallen in battle with the British. It was the attempt by the British at capturing the fort of one
Gurdas Singh at Kaleewallah that a numerous Sikh casualties took place. On November 22nd, 1848 he recounts the boasts of British soldiers in dismembering the Sikhs, which he describes them as being ‘skewered.’ In this particular account John Login describes the treatment of a wounded Akali and the some of the possessions he took from the fallen Sikh. After asking permission from the Brigadier to tend to the fallen Sikhs he came upon an Akali who was wounded. He states he had found a copy of the ‘Grunth’ presumably in reference to a copy of Guru Granth Sahib but he does not elaborate any further.

The possessions of the wounded Akali now becomes John’s possession namely that of the Akali quoits (Chakras), which were found in the Akali’s turban which he describes as being sharp in nature. This account ties in with accounts of the Akali tradition of the Pagri being adorned with weapons and quoits. He also acquires of one of the Jingall balls which were shot towards John’s party. 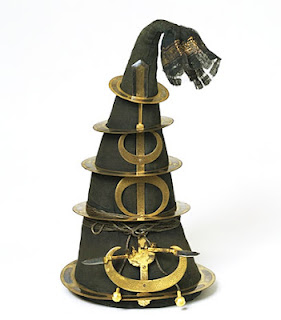 John Login would have been familiar with Sikh artifacts and the Sikh scriptures as he made an inventory of the Toshkhana of Ranjit Singh after the annexation of the . He was made in charge of the Toshkhana on 6th of April 1849, when he was installed as Governor of the Lahore Citadel. This also gave him the role of taking care of the young Maharaja Duleep Singh. John Login also sees it as a Christian endeavor to help the wounded. He refers to the Sikhs as ‘poor ignorant creatures’ and it is his Christan values which later see him influence the thought process of Maharaja Duleep Singh who later converted to Christianity.

November 23d. Well; it is as we expected, a shell of ours set the place on fire; the men in the fort made off in all directions, the darkness favouring their escape; still many were cut up, or else severely wounded. At daylight I sent to the Brigadier to ask permission to go and pick up all the wounded I could, taking all the litters I could collect with me. '' Certainly, certainly, an excellent proposition I " So off I started, with a train of litter» behind me, a supply of water, and some brandy. We soon found all that were alive in the fort or village. Some desperately cut- up, poor fellows, had been brought into hospital, where Beatson of the Horse Artillery and 1 have been working all day, doing all we can for them. We shall take care of them while we remain here, and leave them in charge of some villagers when we march. The first man I picked up was an Akali in the ditch of the fort He had almost bled to death, and when he saw us evidently only expected his coup de grace He was greatly, and no doubt agreeably, surprised when I gave him a little brandy[1] and after- wards water, and, raising him carefully, placed him on a litter and dressed his wounds before he was carried off to our hospital tent. Some of our people doubt the wisdom or propriety of treating them in this way, but I tell them that we can only teach the poor ignorant creatures the difference between Christians and Hindoos by showing mercy and kindness to our enemies. I feel sure they will not fight against us with such bitter determination again. I am glad that, from having so few wounded of our own, I am able to look after these poor fellows properly. I must stop, as I must go to amputate the arm of one of the Sikhs we brought in.

I hear that James has passed a good examination, and is returning to . We have captured a great quantity of grain in the fort, and commissariat supplies of all sorts. The owner of the fort of Kaleewallah is Goordas Singh, a wealthy man; he has evidently a large family of small children, for it was touching to see yesterday, when walking through the place, lots of children's toys, swings, horses and carts, all lying as they had thrown them down; it seems he sent them off at once when he made up his mind to hold the place against us.

A good copy of the Grunt'h[2] was found here, and as no one else attaches value to it, I shall take it. I have also, as a relic of the fight, my friend the Akali's " quoits,"[3] as sharp as a razor; he had them in his turban when I picked him up in the ditch, also a jingall[4] ball, which passed close by me and lodged in the doolie, I believe that I and my bearers were as much exposed as any, the fellows in the fort fired so high that the shots fell among us, but happily no one was hit.

[1] In this case Brandy was administered to the Akali.
[2] Most likely a reference to the Guru Granth Sahib. There is no manuscript of Guru Granth Sahib in the British Library which has been noted as been acquired by John Login.
[3] We see that John Login was also in charge of the Toshkhana of Ranjit Singh in his inventory he notes an Akali Pagri in it. It is not clear whether this was the same one or not.
[4] A jingal (pronounced gingall, (Hindi janjal) is a type of gun, usually a light piece mounted on a swivel; it sometimes takes the form of a heavy musket fired from a rest.

From a forthcoming publication on the Akali Nihangs.