British and the Sikhs: The treaty of Duleep Singh and the surrender of the Koh-i-noor

May 07, 2012
One of the documents I discussed on the Sikh Channel Interview:

The following is the treaty between the British and the Lahore Government. Dated 29th March 1849.

* It essentially made Duleep Singh a ward of the British.

* made the Lahore Government pay the expenses of the Anglo Sikh Wars and all the property of the Punjab was confiscated by the British.

* including the infamous Koh-i-noor: 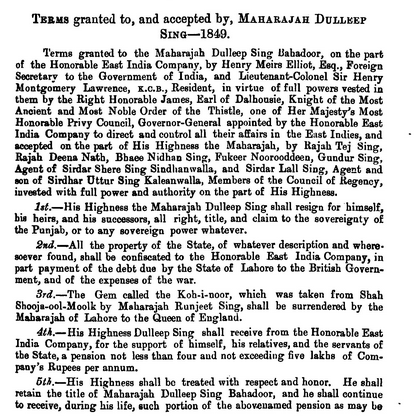 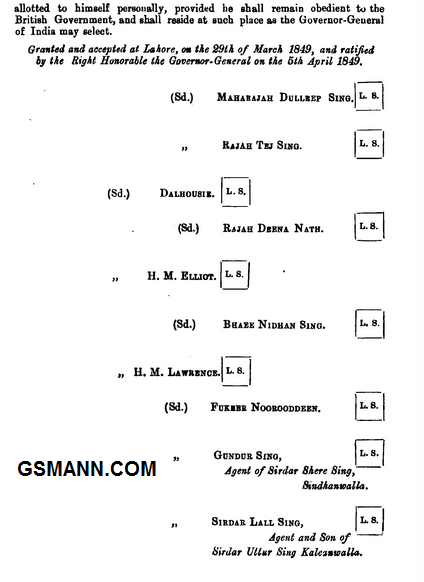 Signed by British officer including Lord Dalhousie and H.M. Lawrence and well as the Lahore Durbar including Maharaja Duleep Singh. Lord Dalhousie would later also lay claim to the Toshkhana  or treasury of the Punjab. The treasury contained many relics and manuscripts and weapons related to the Tenth Guru.

The Koh-i-noor was presented to Queen Victoria and was put on display at the Great Exhibition of 1851. 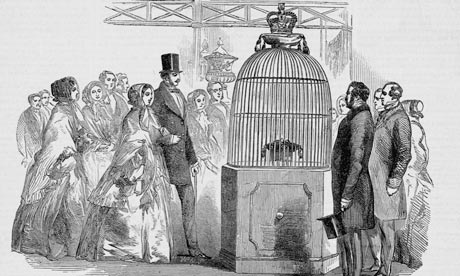 Follow me by email (see right side of page for updates from GSMANN.com).