Sri Guru Ram Das: Know yourself not your body. 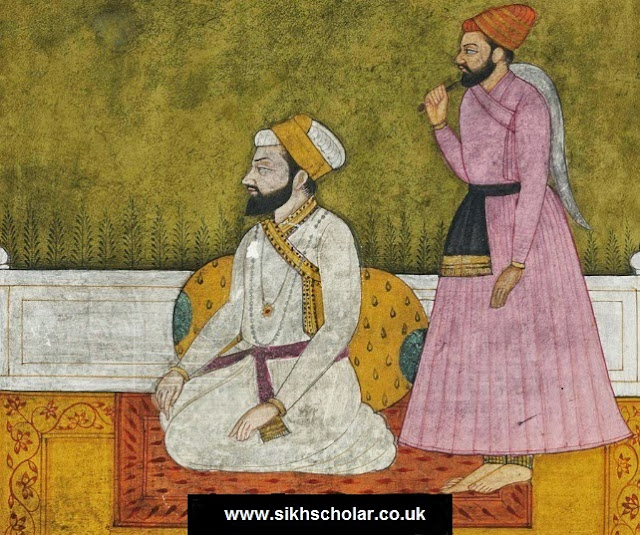 Bhai Mahan Nand and Bidhi Chand came to Guru Ji, prostrated and surrendered themselves with the request that Guru ji may kindly sever their cycle of life and death. They had suffered a lot in this and their previous births. They said that they had come with full faith that Guru ji would bless them with salvation.
Guru ji asked them if they knew their true forms? On hearing this they replied that all they knew was that they were 'Kshatriyas'(Fighter class amongst the Hindus). On hearing this Guru ji told them that this was the name for the body. They were not the body. This body shall remain here in this world. They were enjoying the fruits of action of their last birth in the present, and fruits of the actions shall be enjoyed in the next. Think of the body of the dress and themselves as a witness wearing that dress. Then only could they seek liberation.

They then requested as to how could they realize their true form? Guru ji advised them to listen to the religious discourses and musical singings (kirtan) regularly, They would then be blessed with the knowledge of their true form. They acted on this advice and were truly liberated.