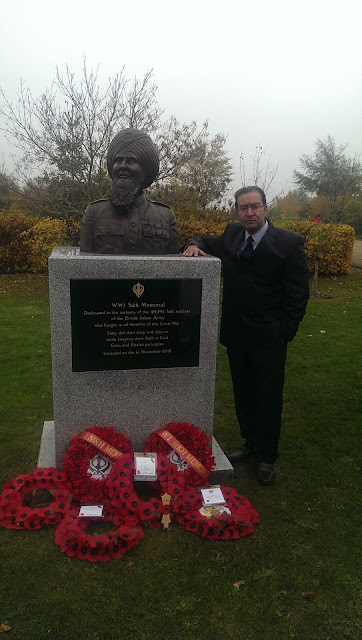 A memorial in honour of Sikh soldiers who fought during World War One has been unveiled at the National Memorial Arboretum in Staffordshire.

The national WW1 Sikh Memorial statue commemorates the 130,000 Sikh men who took part in the war. More than 150 people pledged over £22,000 to pay for it.Sikhs made up 20% of the British Indian Army in action, despite being just 1% of the Indian population at the time, the WW1 Sikh Memorial Fund said.

The founder and chairman of the charity, Jay Singh-Sohal, said some Sikhs left their towns and villages for the first time “to venture abroad to fight for Great Britain” and “made a contribution when Britain itself didn’t have the troops”.Describing the memorial, he said: “It’s got a large turban, long flowing beard, very much the image of a Sikh soldier from that period.
“[It has] the look and feel of a Sikh solider with the uniform and the medal that they would have been eligible for and would have won as a result of their service.”

The memorial at Alrewas was sanctified with a traditional Sikh prayer and a minute’s silence was held to remember all who fought for Great Britain. The statue was funded through a campaign by the WW1 Sikh Memorial Fund on the Kickstarter website. 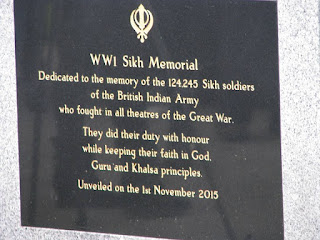 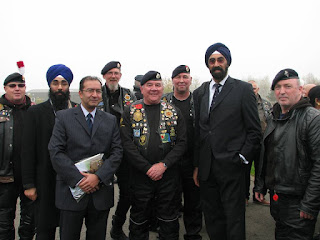