Sikh scholar Gurinder Singh honoured with a plaque and Siropa.

Shri Guru Ravi Dass temple, Leicester 03/06/2015
Gurinder Singh Mann had a pleasure of having darshan of Jathedar Baba Nihal Singh
of the Taruna Dal Nihang Singhs. The Nihang Singhs since the time of Guru Gobind Singh have looked after many Gurdwaras as well as elucidating the sikh scriptures


I presented Baba Ji with the book The Granth of Guru Gobind Singh Essays Lectures and Translations ( written with Kamalroop Singh). Baba ji was impressed with the research undertaken on the Dasam Granth.  We discussed the importance that the Gurbani of Guru Gobind Singh holds in the Sikh panth. 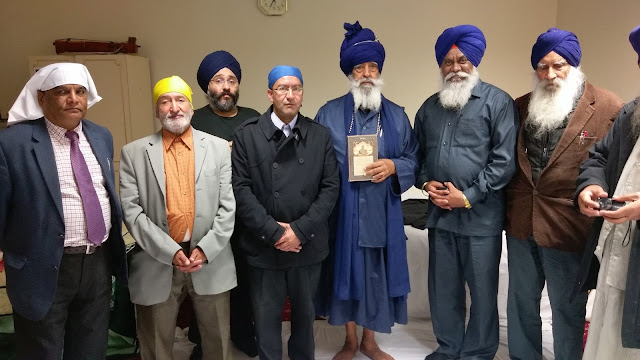 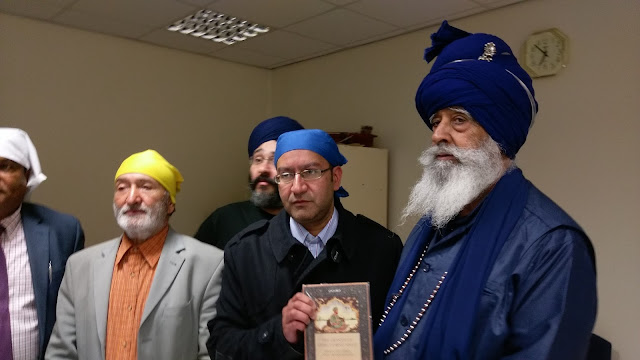 I was honoured by the Sri Guru Ravi Das Gurdwara Committee with a siropa for my services and work on Sri Dasam Granth Sahib. They considered it a great feat to research so many facts and information over the years.


The Granth of Guru Gobind Singh Essays, Lectures and Translations with Kamalroop Singh is published by Oxford University Press.