Sophia Duleep Singh: The Princess and Suffragette who stamped her authority in the UK 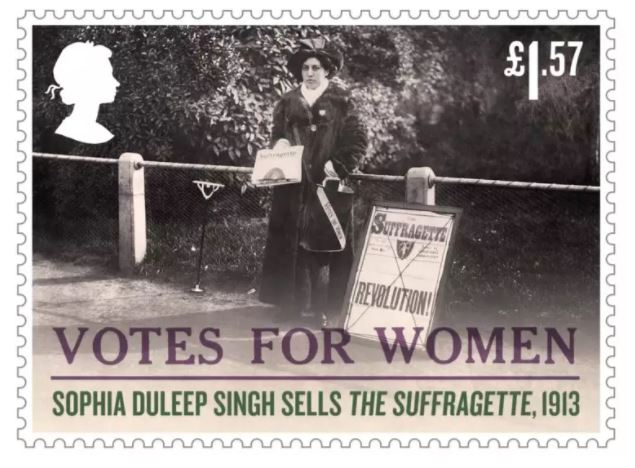 Sophia Duleep Singh stamped her authority in more ways than one and in 2018 she is being remembered in a fitting way with the release of a stamp by the Royal Mail in the UK on 15th February 2018.

By Gurinder Singh Mann
The interesting and colourful life of Princess Sophia Duleep Singh (1876 –1948) is being immortalised in a commemorative stamp in the UK. Sophia was the Granddaughter of the Lion of the Punjab-Maharajah Ranjit Singh (1780 –1839), who had carved out the Sikh Empire from the ashes of the declining Mughal Empire. With the strength of the East India Company and their ever-increasing expansionist designs led to the highly contested Anglo Sikh Wars of 1845-1849. Duleep Singh became the heir to the Sikh Empire under the guidance of Maharani Jindan Kaur, Sophia’s Grandmother.

The British stripped Maharajah Duleep Singh (1838-1893) of his birth right and separated him from his mother after the annexation of the Punjab in 1849. He was taken to England, baptised as a Christian and lived as an aristocrat. He married Princess Bamba with whom he had 6 children. Sophia Duleep Singh was born in 1876 and was their youngest daughter, she grew up in the stately home at Elveden Hall in Suffolk. As she was also the god daughter of Queen Victoria (1819-1901) she moved to Hampton Court. She became a socialite and was seen in many parties across the capital-London.
Duleep Singh still longed for his Empire and made a trip with his family to India but was turned back at Aden. However, Sophia was to visit India in 1903 to see the Delhi Durbar of 1903 and the again 1907 to visit her relatives in Amritsar and Lahore. These visits had an impact on her life witnessing the issues of poverty, racism and the surrender of a Kingdom to the British.

She returned to London transformed and joined other suffragettes like Emmeline Pankhurst (1858 – 1928 the leader of the movement and Millicent Fawcett (1847 – 1929) in their fight for the right to vote. She joined the Women’s Tax Resistance League and refused to pay her taxes. This meant her possessions were impounded and sold at auction, where the league would then dispatch members to buy them back. These instances caused much publicity, as evidenced by an article in the UK newspaper the Daily Mail, which reports specifically on Duleep Singh’s trial in December 1913. Duleep Singh stated before the court, ‘When the women of England are enfranchised and the State acknowledges me as a citizen I shall, of course, pay my share willingly to its upkeep’. The trial led to the confiscation of a pearl necklace and gold bangles, to be auctioned at Twickenham Town Hall.
She was marching next to Emmeline Pankhurst on 18 November 1910, an event which would become known as the Black Friday march because of the brutality deployed by police on women as they tried to reach Parliament. She was however short of going to prison as the risk to establishment was too great. 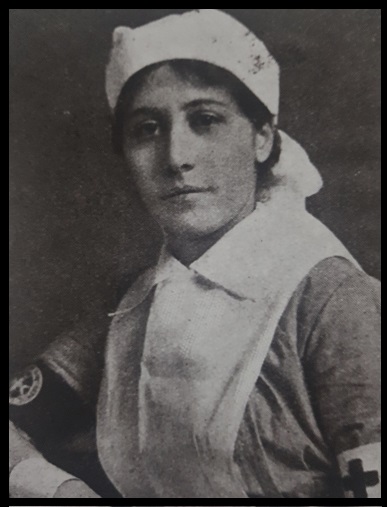 Princess Sophia photographed in her role as a nurse in Brighton, 1918

Whilst fighting for women’s rights the whole suffragette movement was interrupted by the onset of the First World War. This also brought an opportunity for women to show their skills to support the war effort. Sophia showed her support helping wounded soldiers during the war (particularly Indian ones). The wounded Sikh soldiers were fascinated to see the daughter of the last Maharajah of Punjab tending to them. She would give out signed photographs and gifted many of them with ivory mirrors. 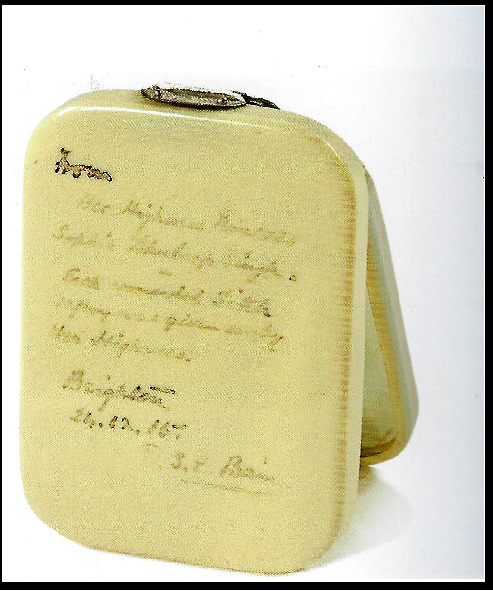 Signed Ivory Mirror presented to Sikh Soldiers in Brighton c 1915-1918.
The hard work undertaken by Sophia and the suffragette movement saw it’s fruits with the 1918 enactment of the Representation of the People Act, allowing women over age 30 to vote. She married Dr Colonel Sutherland but had no children and she was again to visit the Punjab in 1924 where she was mobbed by large crowds who came to see the daughter of a Maharaja. The historical and emotional link between the Princess and the Punjab was once again rekindled.

Sophia died in her sleep on 22 August 1948 in Coalhatch House (Hilden Hall), a residence once owned by her sister Catherine, and was cremated on 26 August 1948 at Golders Green Crematorium. Before her death she had expressed the wish that she be cremated according to Sikh rites and her ashes spread in India.

Testimony of a Royal Dynasty
The history of Maharajah’s Duleep Singh’s family can be seen at Thetford, Norfolk where he is buried with wife Maharani Bamba, and his son Prince Edward Albert Duleep Singh. The Ancient House Museum also in Thetford houses a number of artefacts related to Maharaja Duleep Singh and his family. In December 2017 a special artefact belonging to Sophia was loaned to the British Museum by author Peter Bance. The saree which was worn by Sophia confirms her notoriety and importance at the newly refurbished South Asia gallery in the museum. 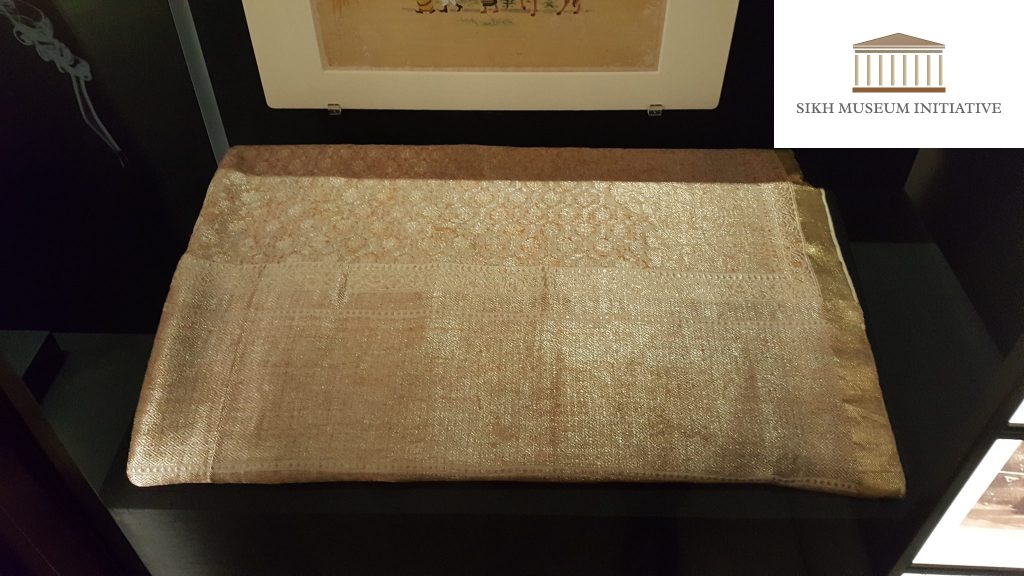 Saree of Sophia Duleep Singh at the British Museum
The UK celebrates 100 years of voting rights for women, as a result the suffragette movement has been commemorated with a number of stamps issued by the Royal Mail. Sophia is pictured from 1913 selling copies of The Suffragette newspaper outside Hampton Court Palace, this is a striking reminder of the role she played in the movement. This serves perhaps as the only stamp which has commemorated anyone of Sikh origin or descent in the UK and is a milestone in itself. This recognition will bring about much needed awareness about women's rights in the UK as well as a link to the Sikh Empire of the Punjab.