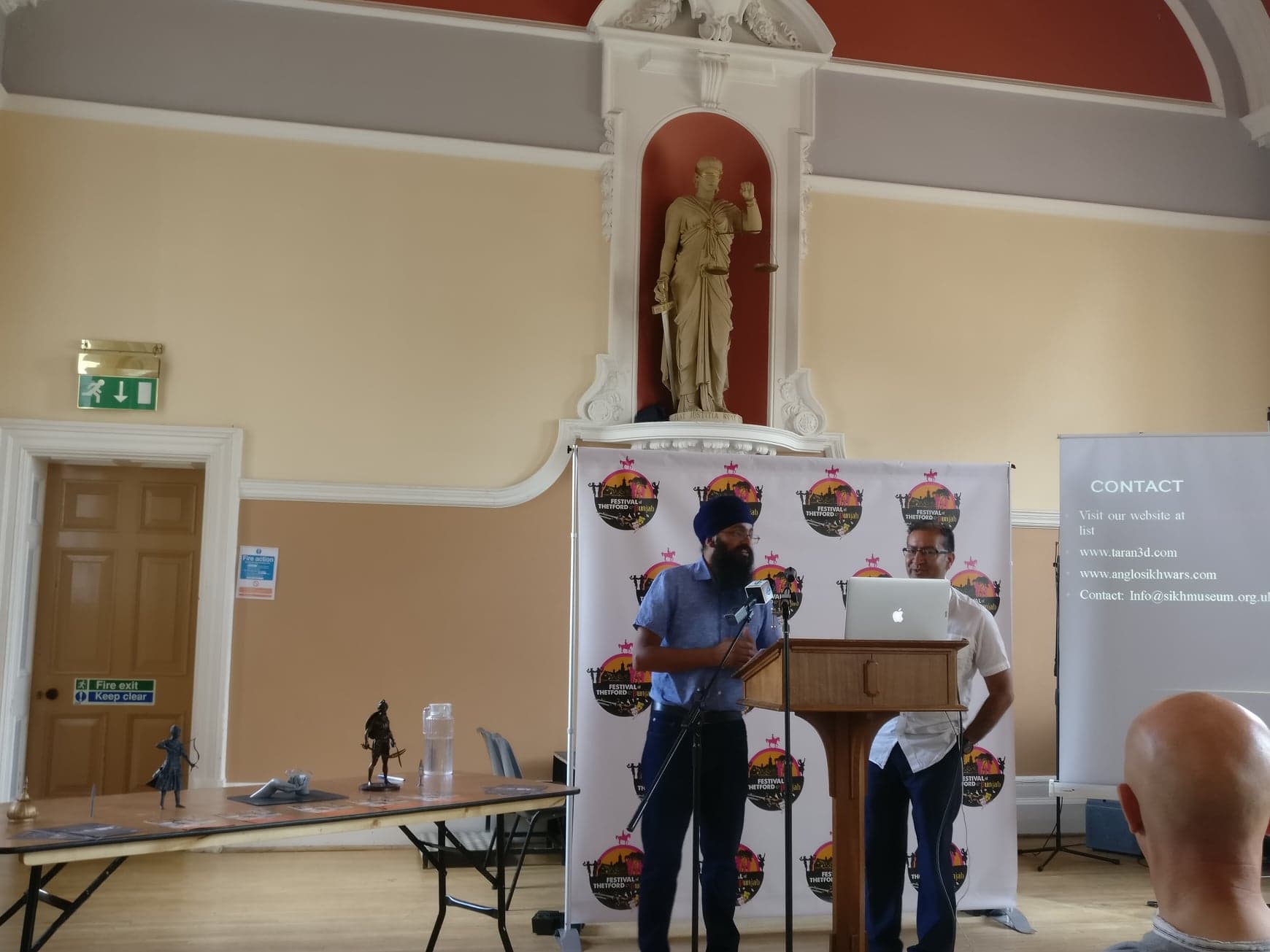 Sikh Relics and Artefacts:From the past to the technological future
Saturday 7th July 2018
Guildhall, Thetford

"The Sikh past can be preserved now"  this was the statement made the head of the Sikh Museum Initiative, Gurinder Singh Mann and developer Taranjit Singh in a special lecture on Sikh relics and artefacts at the opening day of the Thetford and Punjab Festival.
The lecture formed part of the commemorations of the 125 anniversary of the death of Maharajah Duleep Singh, the last King of the Punjab, who once owned Elveden Estate. Organised by the Essex Cultural Diversity Project (ECDP) and with many other partners around Thetford. 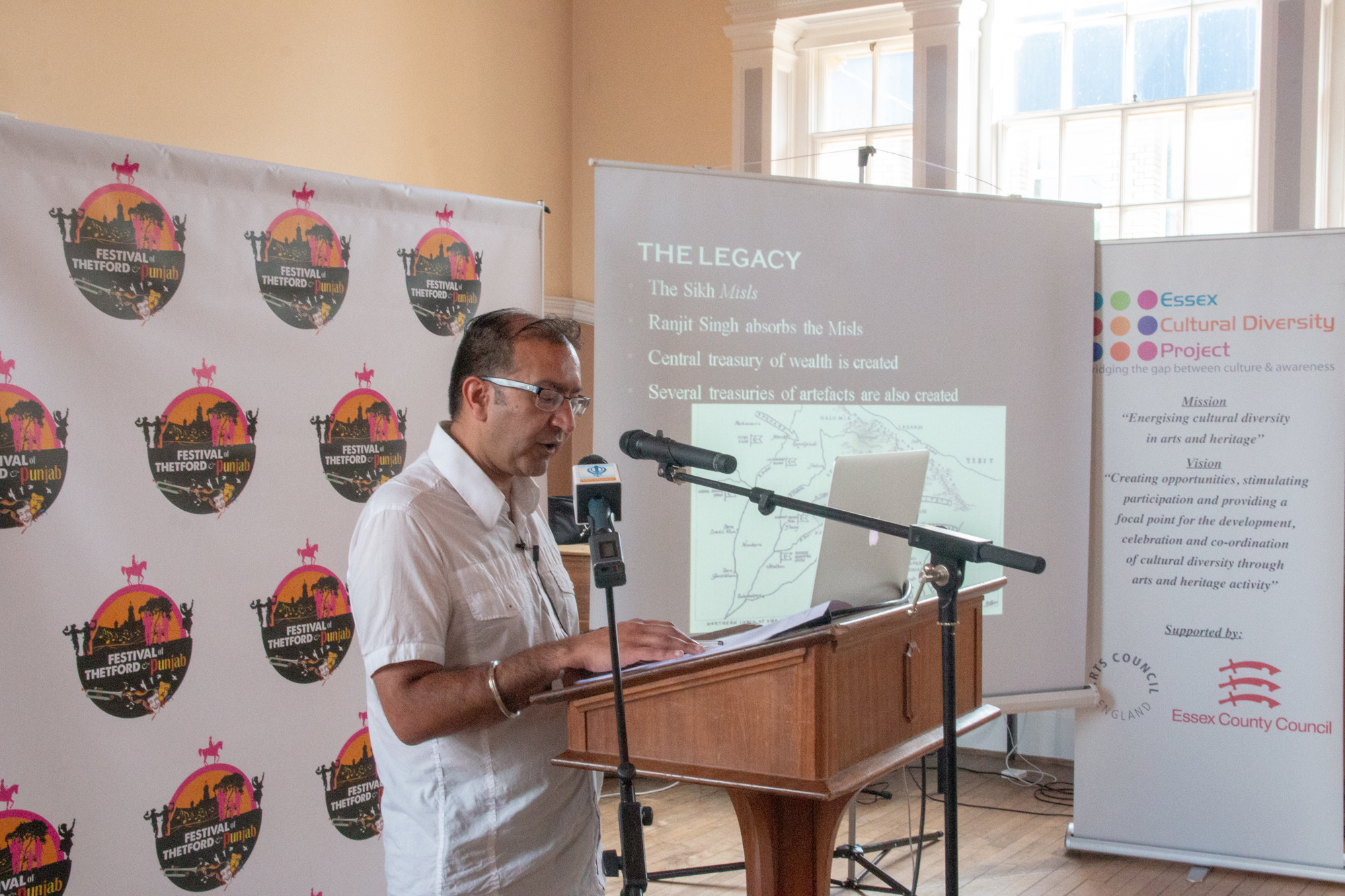 Mann elaborated on how the Sikh Misls or confederacies had amassed great bounties as they fought back against the Mughal Empire, however with the strength of the Suckerchakia Misl under Ranjit Singh he absorbed the other Misls and their treasuries. As a result the when Ranjit Singh became Maharaja he had one of the most expensive treasuries in Asia. Consisting of expensive shawls, diamonds and rubies and artefacts of the Gurus and martyrs of the Sikh faith.

However after the Anglo Sikh Wars (1845-1849) the treasuries at Lahore and Amritsar were taken over by the East India Company, with Lord Dalhousie charging John Login to catalogue the artefacts in them. Some parts of the treasury were sold off whilst the most important were handpicked by the Governor General-Lord Dalhouise to be sent to England.

Mann then discussed where Sikh relics and artefacts can be found in the UK paying attention to swords, clothing and other items in UK collections, as a result of the Sikh Museum Initiative working with many British Institutions and private collectors.

The second part of the lecture was undertaken by Taranjit Singh and looked at how Sikh Heritage can be preserved now using techniques like 3d modelling, augmented reality and 3d printing. Particular focus was made to the Heritage Lottery Funded project on the worlds first Sikh online Museum which is now beginning to take shape with a number of items being considered for 3d modelling. Participants to the lecture were also able to see a number of 3d printed objects on display. 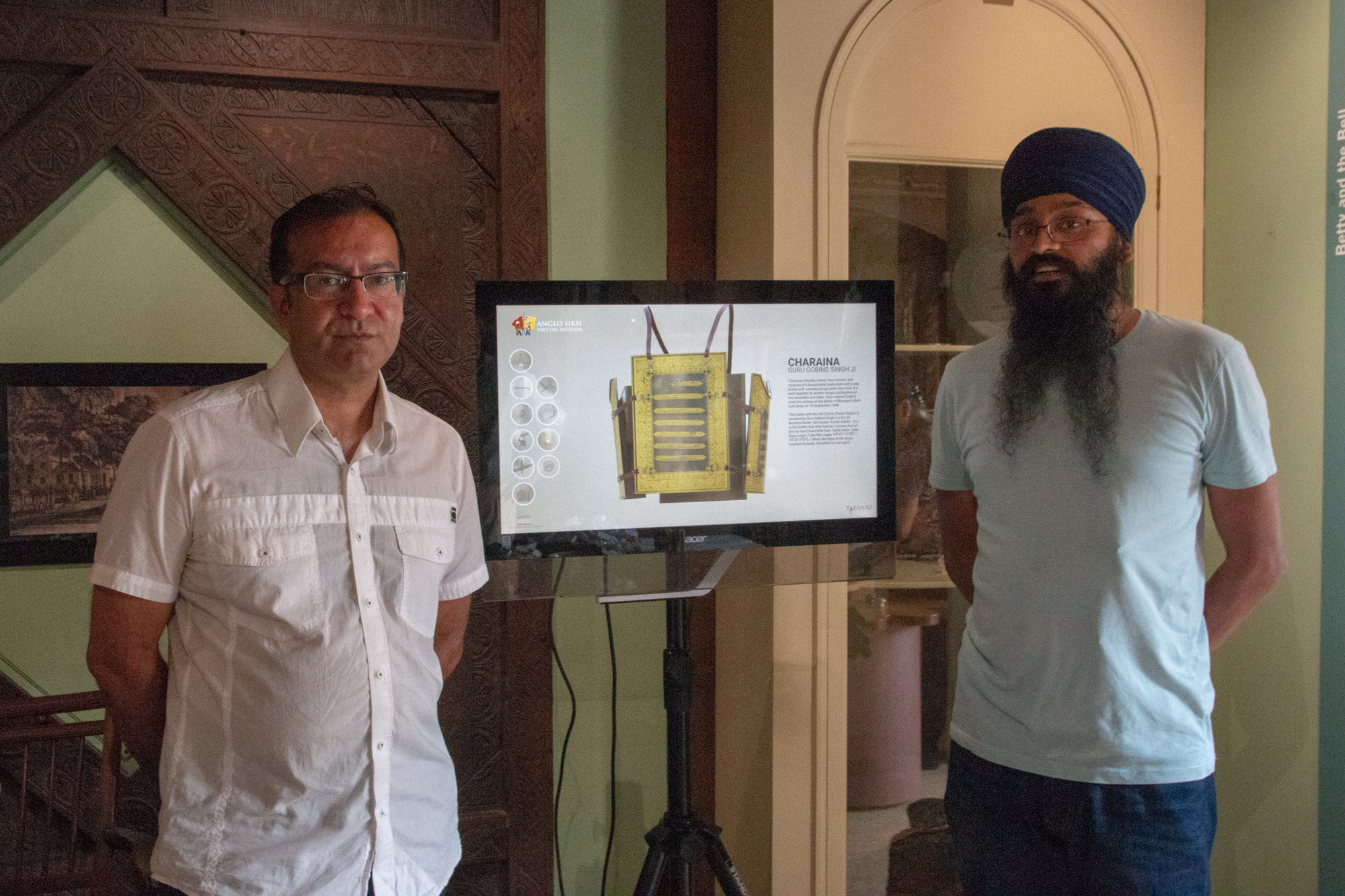 Earlier in the day at Ancient Houses Museum both researchers showcased the touchscreen technology which showcases modelled objects like the Koh-i-noor and other Sikh relics. More information on the festival here