November 23, 2018
Guru Nanak Dev (1469-1539), who founded the Sikh faith, dedicated his life to spreading the word of God. Fighting ritualism, orthodoxy and bigotry, he established a religion whose followers span the world. His teachings, emphasising the virtues of equality, brotherhood and charity, continue to be relevant in a conflict-ridden world. The Tribune launches the year-long celebrations to mark the 550th birth anniversary of the great religious leader.

My article written for Tribune India can be seen below. Published on 23 November 2018. 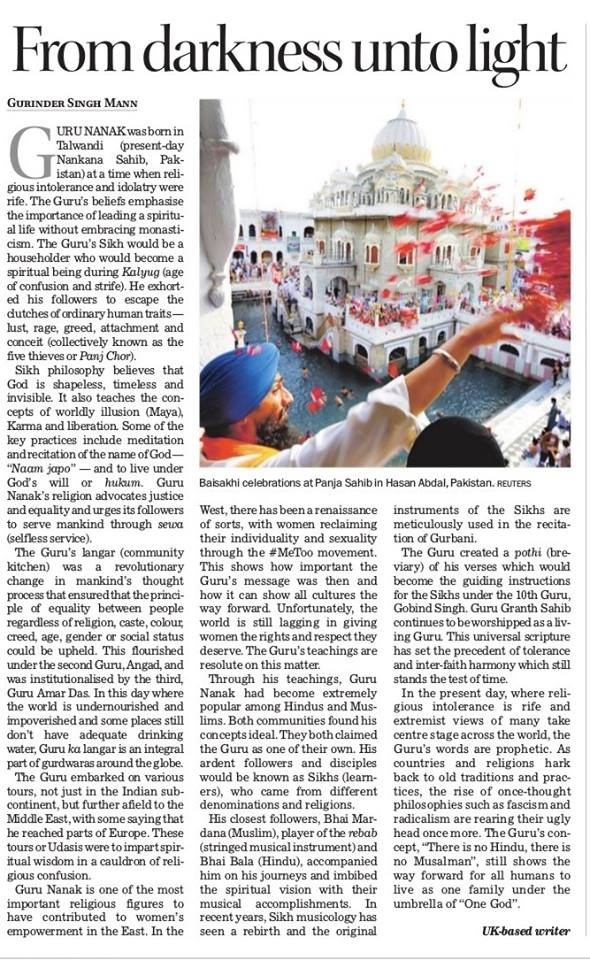