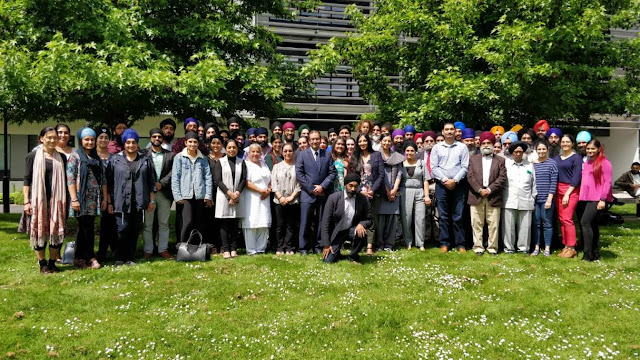 10th June 2018 University of Warwick
The fifth International Sikh Research Conference (ISRC) took place at the University of Warwick on Sunday 10th June 2018 which drew an increasing number of attendees from across the UK. The conference was developed in 2013 by  Gurinder Singh Mann, Harjinder Singh Lallie and Dr Opinderjit Kaur Takhar and has seen the conference grow from strength to strength. A number of researchers from around the world shared their unique contributions to the study of Sikhism through a wide range of papers. With contributions from scholars from the USA, Canada, Portugal, Denmark as well as number of scholars from the UK. 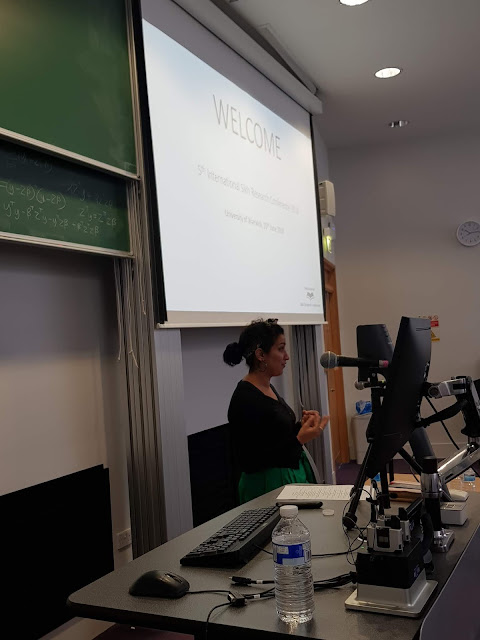 The conference started with the Keynote Speaker, Dr Kiran Grewal (Goldsmith University, London) who gave insights into human rights within Sri Lanka and aligning it with events in 1984 and the experiences of the Sikh community. This was followed by the first session chaired by Harbir Kaur (Phd student-University of Warwick). Floriana Frida Asperti (Nova University of Lisbon) in her paper’ Śabad kīrtan as a sonic experience: An ethnomusicological approach to Sahaj state in Sikh musical practices’ gave insights into her research in Portugal. This was followed by Gurinder Singh Mann (Sikh Museum Initiative) who gave an in-depth history on the achievements on Baba Baghel Singh by mapping the battles and conquests of the Buddha Dal forces in the eighteenth century. In the final paper of the session, Indravidoushi C. Dusoye (Edinburgh Napier University) and Trishna Singh MBE (Sikh Sanjog and Punjabi Junction Social Café Enterprise) gave a framework of how Sikhs integrated into Scottish life through a number of key case studies. 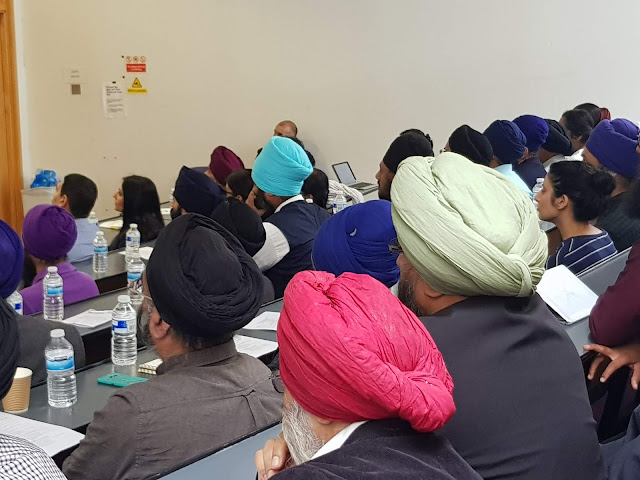 The second session was chaired by Kiran Kaur (Phd student-London School of Economics). It started with a paper by Sohela Suri (Michigan State University) who gave an in-depth coverage of USA and Canadian personalities who were in the public eye and how they maneuvered the political stage. Taranjit Singh of (Taran3d) explained the ‘Important Role Technology can play in Aiding the Preservation of Sikh Heritage Artefacts’, giving examples of 3d printing, augmented reality and other technologies as well as alluding to the development of the World first online Sikh Museum. Harpal Singh Jandu (Independent Researcher) in his paper ‘Knights of Faith vs. Sant-Sipahis’ asked the imperative question of whether the Sikhs focused more on the Siphai side when discussing Sikh theology and history.

The third session was chaired by Dr. Opinderjit Kaur Takhar (University of Wolverhampton). It was started with a video presentation entitled, Females, Femininity and Feminine Evolution – an Exploration into the Representation of Sikh Females in Panjabi Literature by Anisha Johal (University of Derby), which focussed on the work of Bhai Vir Singh and the analysis of the key character Sundri through a feminist lense. The second paper of the session was by Gurpreet Singh (University of Lethbridge) who discussed how

Digital Humanities could provide a model in which history and information and digital techniques could be amalgamated to provide a new form of resource. Satnam Singh (University of Copenhagen) delved back into the Court of Anandpur Sahib to show how Guru Gobind Singh patronised a number of poets (Kavis) and texts which were served as a barometer of philosophy, politics and other intellectual pursuits.

The final session was chaired by Dr. Gurnam Singh (University of Coventry). The first paper of the session was given by Kiran Singh (University of Derby) who discussed the Post-colonial Sikh Identity of Duleep Singh using a number of photographs taken during the life of the Maharaja. This was followed by a talk by Dr Opinderjit Kaur Takkhar, (who was also selected for a MBE) on the setup of the first Sikh and Punjabi Centre at the University of Wolverhampton which launched on 8th March 2018. Key initiatives being developed include a course for Giana’s as well as an opportunity for researchers to apply for a fully funded Phd in a music related theme. This was followed by a talk by Dr Varinderpal Singh (Punjab Agricultural University) and visiting professor at the University of Cambridge who gave some insights into the Punjabi language and the development of books to aid children in their learning.

There was a warp of the conference by Gurnam Singh, followed by a note of thanks by Harjinder Singh Lallie and Gurinder Singh Mann.