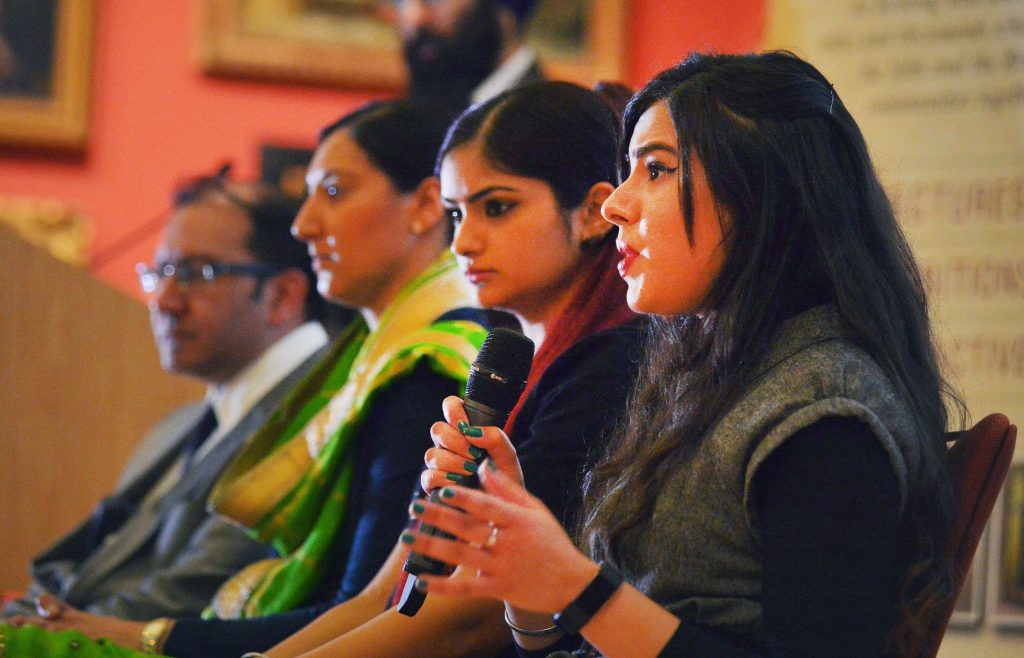 'Queen Victoria still looked after Sophia and made provisions for her to live here in the UK, which shows that she had a bit of a soft spot for her' Historical Sikh jewellery belonging to the goddaughter of Queen Victoria, was brought to life at New Walk Museum last week. A collection of historical Sikh artifacts and jewellery belonging to Princess Sophia were recreated using the latest 3D modelling software enabling the public to see unique pieces of history. A panel discussion also detailed the life of Princess Sophia, the daughter of the last Sikh Maharaja, Duleep Singh. 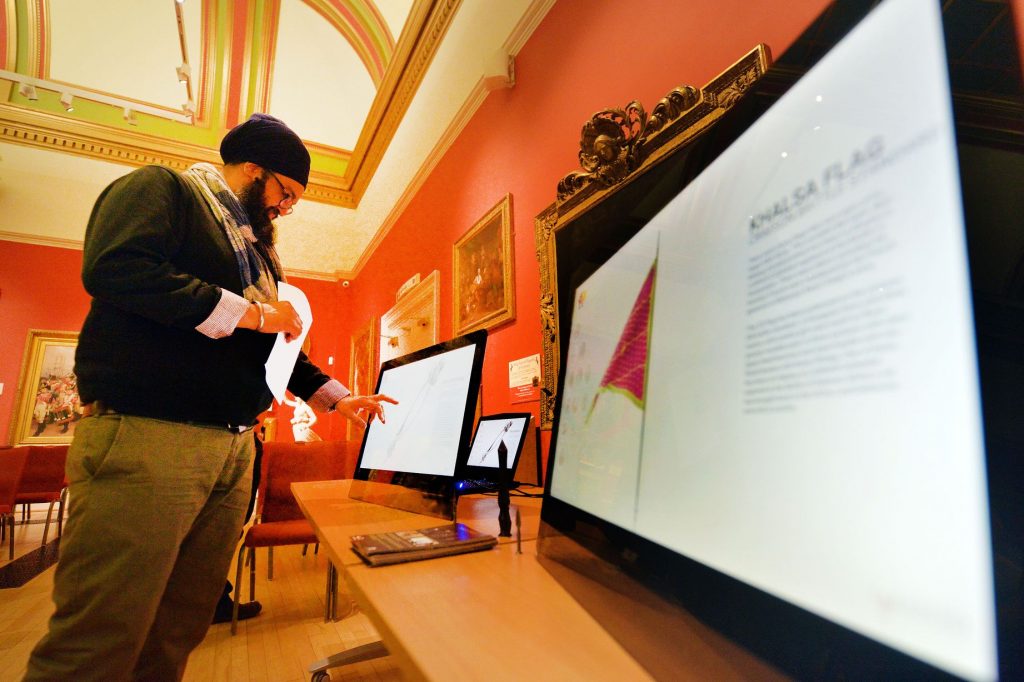 A member of the public looks at the 3D models of the jewellery at the special event celebrating Princess Sophia Duleep Singh.

The event added to the Alice Hawkins suffragette exhibition at the museum, and featured a presentation and discussion to a sold-out audience on Thursday, February 21. One of the panellists, PhD student at Leicester School of Economics, Jaskiran Kaur Bhogal said: “Queen Victoria still looked after Sophia and made provisions for her to live here in the UK, which shows that she had a bit of a soft spot for her.” The Princess was born on August 8, 1876 in Belgravia, London, and was one of six children who survived into adulthood. Following the death of her father in Paris in 1893, Sophia was able to make trips to India without the British government watching her. This showed her the reality of poverty and what her family had surrendered to the British. Princess Sophis Duleep Singh Then on her return to England as a member of the British aristocracy she became involved in the suffragette movement and was pictured selling The Suffragette publication outside Hampton Court Palace, where Queen Victoria had allowed her family to live. This photograph was turned into a Royal Mail stamp in February 2018 celebrating her historic role in the struggle for women’s rights and was part of the Alice Hawkins exhibition. A major feature of the New Walk Museum Princess Sophia event was the showcasing of 3D technology enabling the public present to closely examine both some of the jewels owned by her family, but also ancient Sikh relics that have been mapped in great detail. 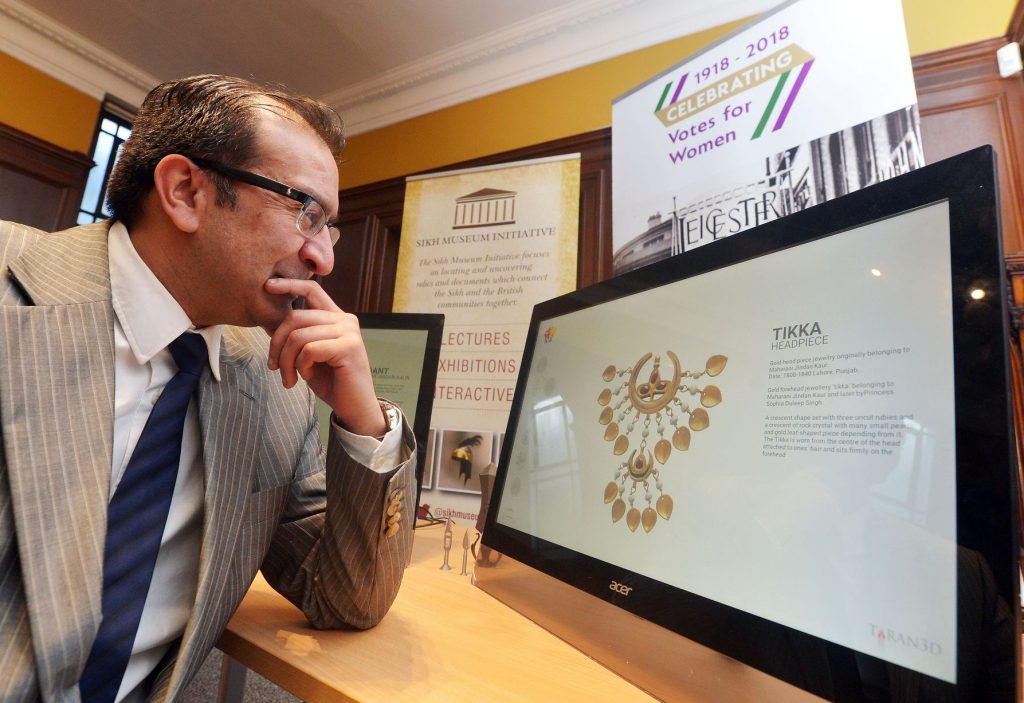 Head of the Sikh Museum Initiative Gurinder Singh Mann said: “The whole idea was to digitise a number of key objects related to Sophia, make them accessible through 3D modelling and have them presented in an online Sikh museum” “It allows people to see things that may not have ever been seen before, in fact we can even recreate destroyed heritage as well”. Gurinder is keen for young people to be able to access such heritage. He said: “we are able to use this technology to actually improve people’s history and education”.The Alice Hawkins Suffragette Exhibition ran until February 24 2019.

More information about the Sikh Museum Initiative can be found at www.sikhmuseum.org.uk .