The martyrdom of Banda Singh Bahadur


The British and the Sikhs book records the martyrdom of Banda Singh Bahadur as witnessed by the East India Company. 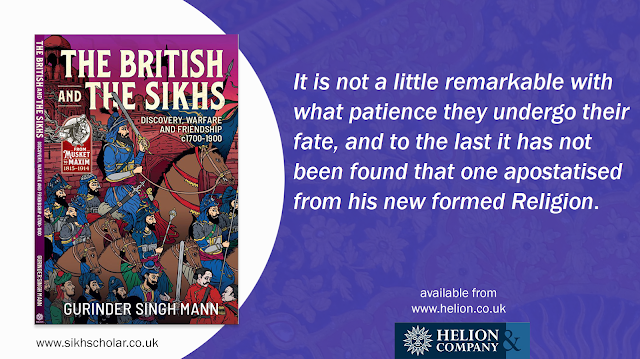 Available from Helion and Company here

The military leadership would be passed to a relatively unknown within the Sikh faith: Banda Singh Bahadur (1670–1716), a sadhu (ascetic) of the bairagi order. Armed initially with just five followers, a battle standard, war drum, and some weapons, his mission as the commander of the Khalsa forces was to take revenge on the enemies of the Guru and makes some advances in the Sikh cause.

He was aided with some prominent Sikhs at the time including Baj Singh, Binod Singh, Ram Singh, Daya Singh, and Kahan Singh. They would later be the foundations of the Buddha Dal, with Binod Singh being chosen as the leader.

Whilst Banda was making strides across Punjab and Sirhind Provinces he was constantly being hounded by the Mughal forces. His main battles were at Sonepat (1709), Chaapar Chiri (12th May 1710). He made Lohgargh his capital.

The General undertook a number of key measures:

* Striking at the Mughal government by killing Wazir Khan

* Getting the support of the common people to disobey the Mughals

*His main key battles were around the Cis Sutlej areas and around the River Jamnu-in 1748 the Sikh Misl would capture these areas permanently from the Mughals and Afghans.

Eventually, Banda was captured by the Mughals during the siege of Gurdas Nangal.

Whilst the  East India Company was in India since 1600 they sent many of their envoys to broker trade deals with the Mughal rulers including Emperor Farrukhsiyar. The trade mission of the East India Company led by John Surman et al whilst in Delhi were an eye witness to the Shahidi (martyrdom) of Banda. Their account refers to the bold stand taken by Banda and his followers in the face of Mughal persecution before they were executed.


It is not a little remarkable with what patience they undergo their fate, and to the last it has not been found that one apostatised from his new formed Religion.

This remarkable courage shown by the Sikhs shows their resilience in the face of tyranny and persecution. Banda Singh Bahadur's conviction and fortitude would lead to the formation of the Sikh Misls and their further expansion into the Punjab. 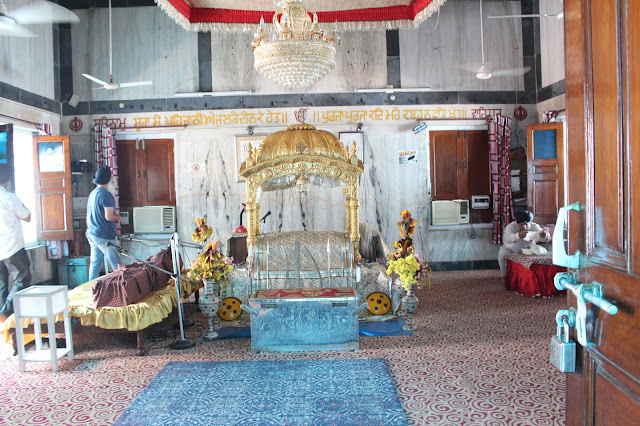 I visited the location believed to be where the shaheedi of Banda Bahadur took place, there is an old wall still standing and there has been a Gurdwara erected there also. It is not not to far from the famous Qutab Minar in the area of Mehrauli. 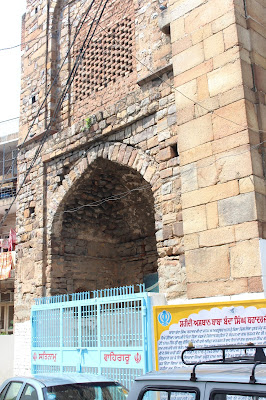 British and the Sikhs: Discovery, Warfare and Friendship available at Helion and Company.