British and the Sikhs: The Impact and Legacy of Colonial Dominance in the Punjab: Lecture report 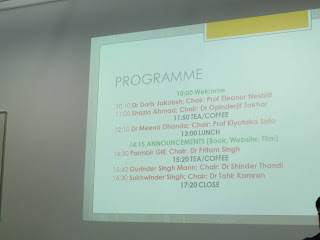 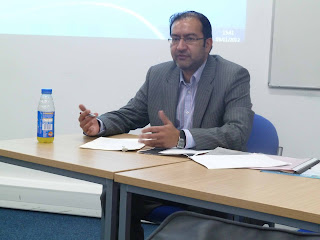 I began the lecture by looking at the history of the British East India Company within India. I also considered the beginnings of the Christian missionary movement in India. The discussion also centred on how the Missionaries created the first Punjabi Bibles. I considered the role of the Missionaries within Punjab and how they presented the Bible to Maharajah Ranjit Singh.

The discussion also centred on many of the various UK Acts and Laws initiated by the British to eventually colonise the Punjab.This included the Downward filtration theory where the British wanted to create ‘a class of persons Indian in blood and colour, but English in taste.’ The conversion of Maharajah Duleep Singh was a turning point in the British domination of the Punjab.

In the late eighteenth century the British enlisted many Sikhs into their Army. A distinct identity for the Sikhs, was created : this was in terms of the 5k’s and also the veneration of the Sikh scriptures. Whilst many Sikhs carried a number of Shastars and venerated both Guru Granth Sahib and Dasam Granth, the British demilitarised the Sikhs and downplayed the role of the Tenth Guru’s Granth.

I essentially argued that some of the debates related to the Sikhs had its basis in the colonial times under the British. The lecture ended with questions and answers session related to the paper.

* This paper will be published in the future.

For more information on the Punjab Research Group visit: www.theprg.co.uk 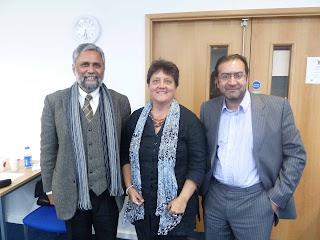 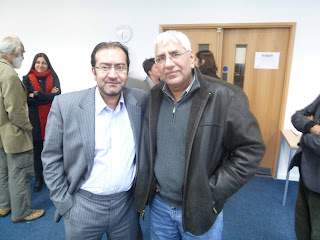