The British and the Sikhs: Discovery, Warfare and Friendship c1700-1900

The Sikh Confederacy consisting of military units or Misls rose from the ashes of the crumbling Mughal Empire in the Eighteenth Century. As a result, under the leadership of General Baghel Singh, they conquered the Red Fort of Delhi in 1783 leading to the Sikh Empire being formed in Panjab under Maharajah Ranjit Singh in 1801. During this time the East India Company also expanded its frontiers and territories, witnessing the rise and the progression of the Sikhs.

This was coupled with the influx of Christian missionaries who came to convert the Sikhs into the British way of thinking. The two Empires were destined to clash and the Anglo Sikh Wars of 1845-1849 witnessed some of the bloodiest battles Victoria’s Britain fought, with major losses on both sides. The annexation of Punjab led to the employment of the Sikhs into the British Indian Army. This led to the Sikhs becoming part of many British campaigns, including their major contributions in the First and Second World Wars. This book weaves the reader through anecdotes and important events highlighting the relationship between the British and the Sikhs which exists to this day.

In this deeply researched book, Mann uses rare anecdotes to provide recognition to early descriptions from British administrators, writers, and illustrators who depicted the history of the Sikhs and the land of Punjab. The book is also supplemented with a number of Anglo Sikh treaties which determined relations in the Nineteenth century.

Available from Casemate  and Amazon

Rest of the world-check local stockists 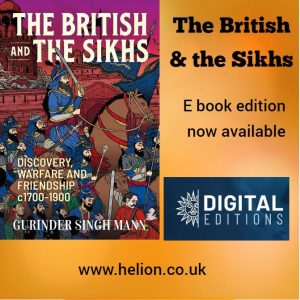 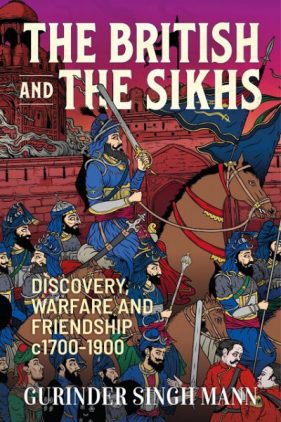