Sikh Research Conference Abstract: The Importance of Sikh Relics and Manuscripts in the UK. 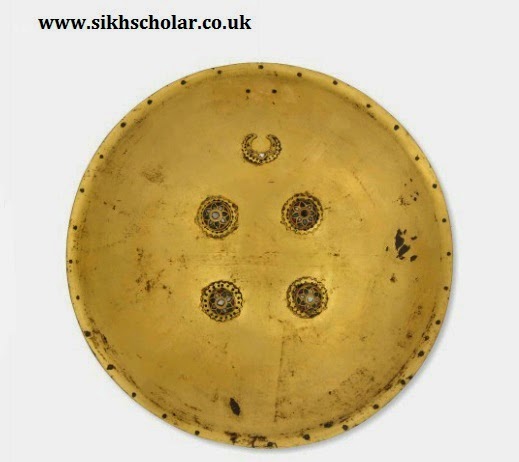 The Importance of Sikh Relics and Manuscripts in the UK.

The above words were recorded on a Sikh manuscript containing verses from Guru Granth Sahib and Sri Dasam Granth Sahib. The manuscript belonged to the freedom fighter Bhai Maharaj Singh. The Sikh treasury or Toshkhana of Lahore was transferred to the British Government after the annexation of the Panjab in 1849. The Toshkhana was catalogued and some of the relics were auctioned off and others were sent to the UK.  The British governor general, Lord Dalhousie (1812-1860) was instrumental in the transfer of artefacts to the UK.  Many Sikh relics and manuscripts have found their way to the British Museum, Victoria & Albert Museum, and the British Library. However this is not the full story as British army personnel, administrators and travellers also took many relics which are of historical importance to the Sikhs.

The Swords of Guru Gobind Singh and the Koh-I-Noor or ‘diamond of light ‘captures the Sikh psyche as it transports the interest party to the eras of the Tenth Guru and the Sikh Kingdom under Maharaja Ranjit Singh. The artefacts have taken on connotations where they are considered sacred and as a result the sanctity that is given to the relics may not be seen in the same light at the British institutions where they are kept.

Many Sikhs are unaware of the relationship that has existed between the British and the Sikhs. This is in light of Maharaja Duleep Singh (1838-1893) who was deposed by the British and as a result became a British subject. This connects the Sikhs to the British in a way which differs from other ethnic groups of Indian origin. This paper considers the importance of these artefacts not only for UK Sikhs but to Sikhs across the world.  A discussion on whether these relics have been maintained adequately will be undertaken. Especially as there are regular calls from Sikh bodies like the SGPC asking for the return of artefacts to the Panjab. With an increase in Sikh artefacts making their way onto the marketplace, it is clear there are a significant number of unknown relics that can be found in the UK.