The focus of the conference was unity and the different lectures focussed on this them. The conference was split into four distinct areas: Sikh Scripture, Performance and Society, Film and Art, and Current issues.  Prof Upkar Singh OBE, introduced the event and was in charge of proceedings. 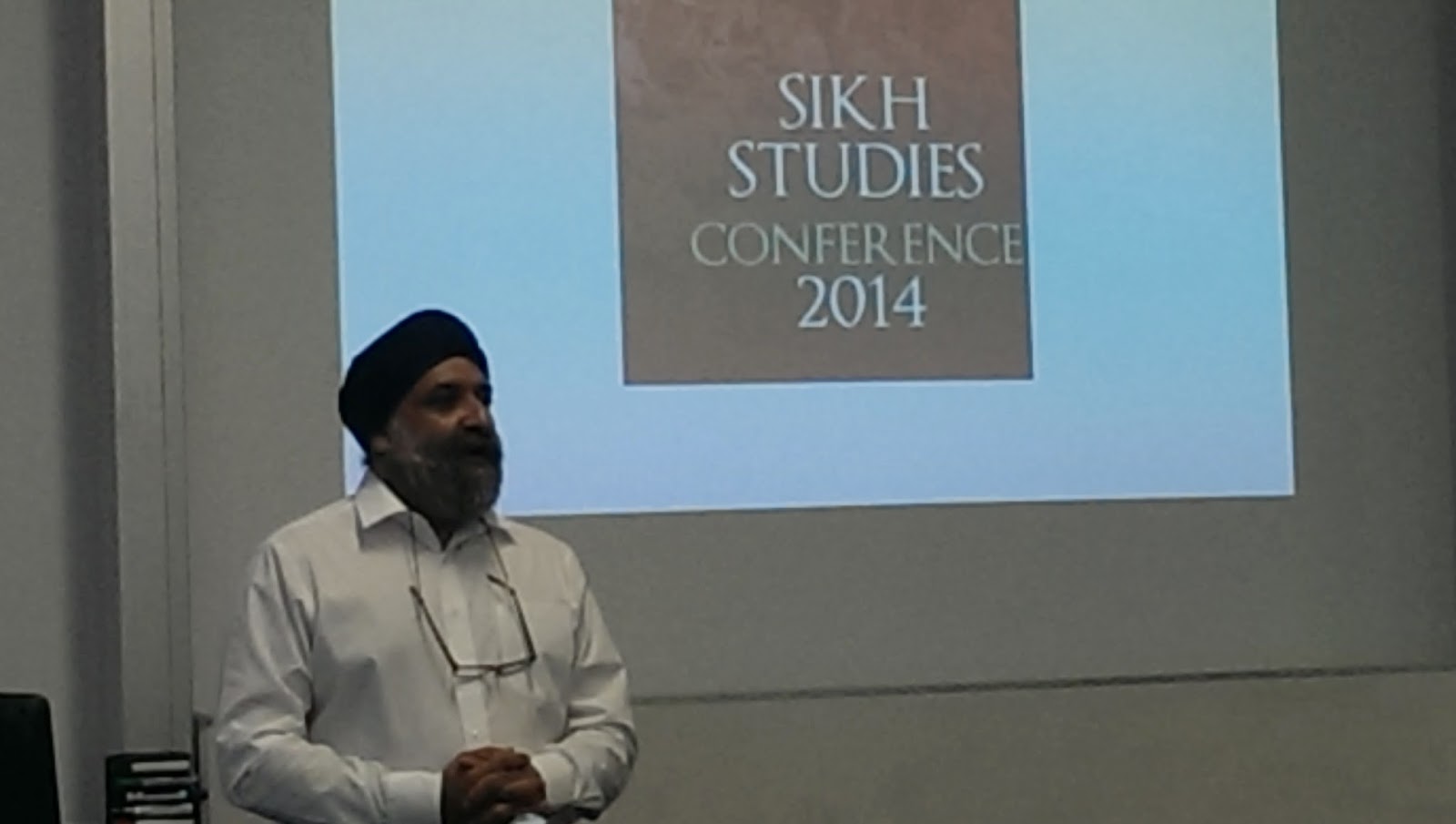 The Keynote Speech was given by Prof Pashaura Singh, Professor at University of California, Riverside, USA. He discussed how certain translations of Gurbani can be distorted without considering the whole context of a shabad. He gave an overview on Sikh Studies in the USA and stressed on the number of different chairs in the USA and the question was posed as to why the UK did not have any. 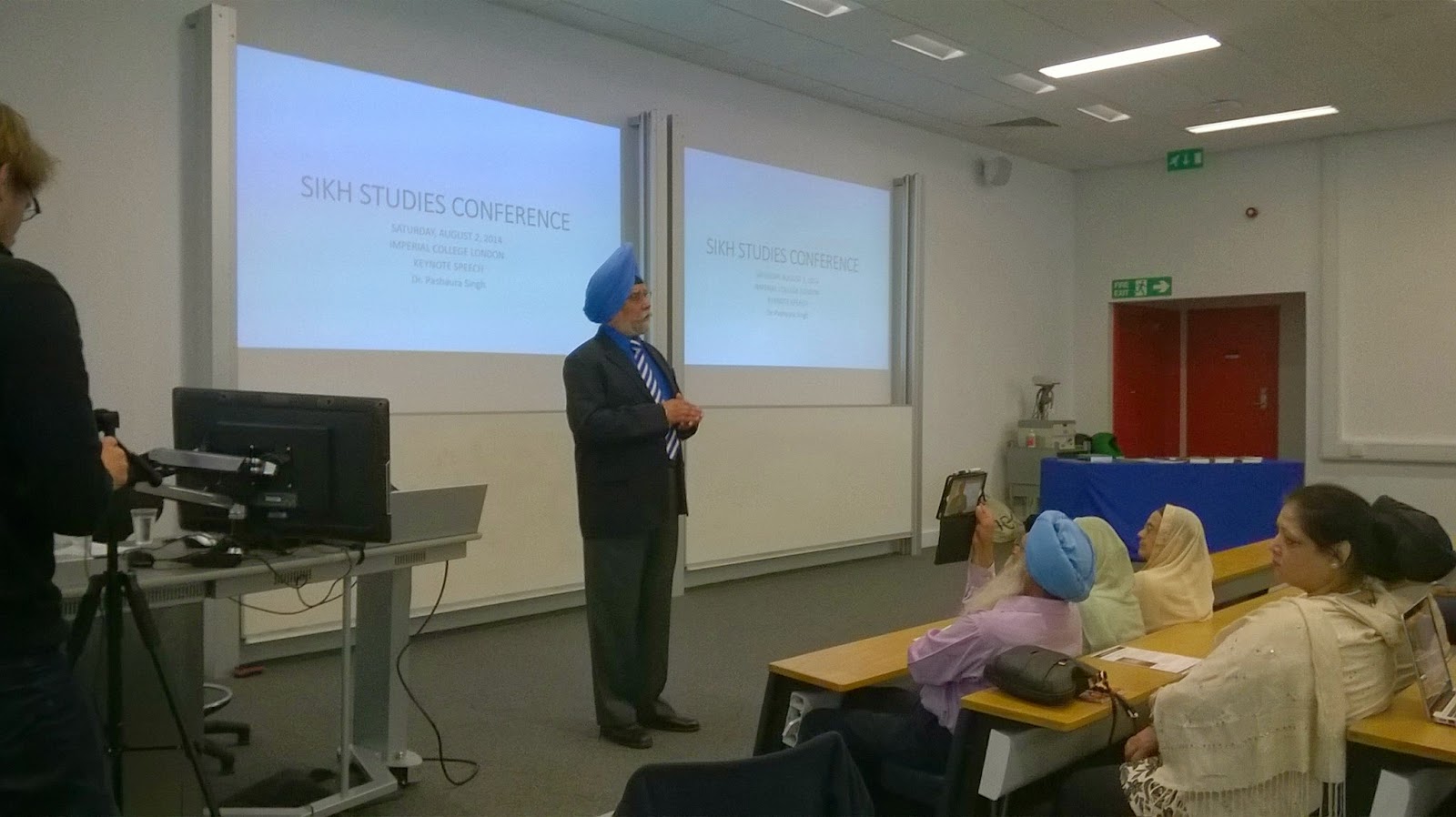 Continuing on the theme of scriptures, Sikh Scholar Gurinder Singh Mann, Leicester went through rare 18th century sources and gave an Historical analysis on the Dasam Granth. Clearly showing that scholars had missed these important texts he emphasised how important they were to understanding the role of Guru Gobind Singh’s bani. This was followed by Dr Kamalroop Singh’s presentation-Dasam Granth Sahib Textual History. Singh used subject matter from his PHD thesis to discuss how early pothis and manuscripts of the Granth has been over looked, together with explaining the transmission of the Guru’s bani. The theme of Guru Gobind Singh’s Durbar was extended by Satnam Singh-Denmark in his Court Poetry of the Tenth Guru. Evaluating the work of Pyara Singh Padam, Satnam showed the immense number of translations undertaken by the Court poets of the Guru. 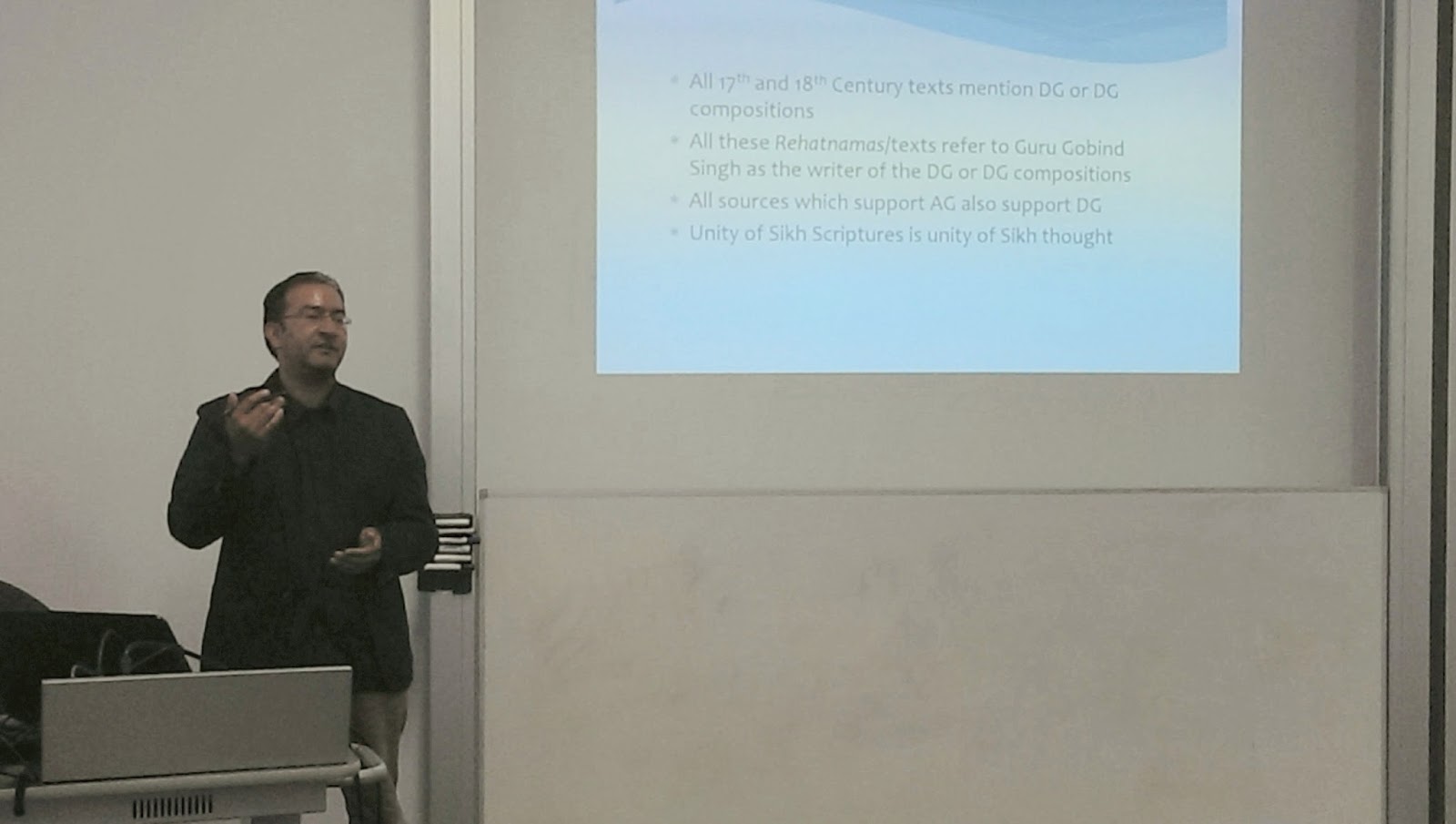 The second session Performance and society began with Harjinder Singh Lallie, University of Warwick who discussed The Performance of Kirtan. He used a number of classical Kirtan samples from well know Kirtanis from different kirtan gharanas (schools) to act as case studies which highlighted the structure of a Kirtan performance. This was followed by Ragi Harminder Singh who gave an overview of the Panjab Cultural Association project of cataloguing of Kirtan recordings. His team of musicians undertook renderings of shabads from Guru Granth Sahib and Sri Dasam Granth Sahib. 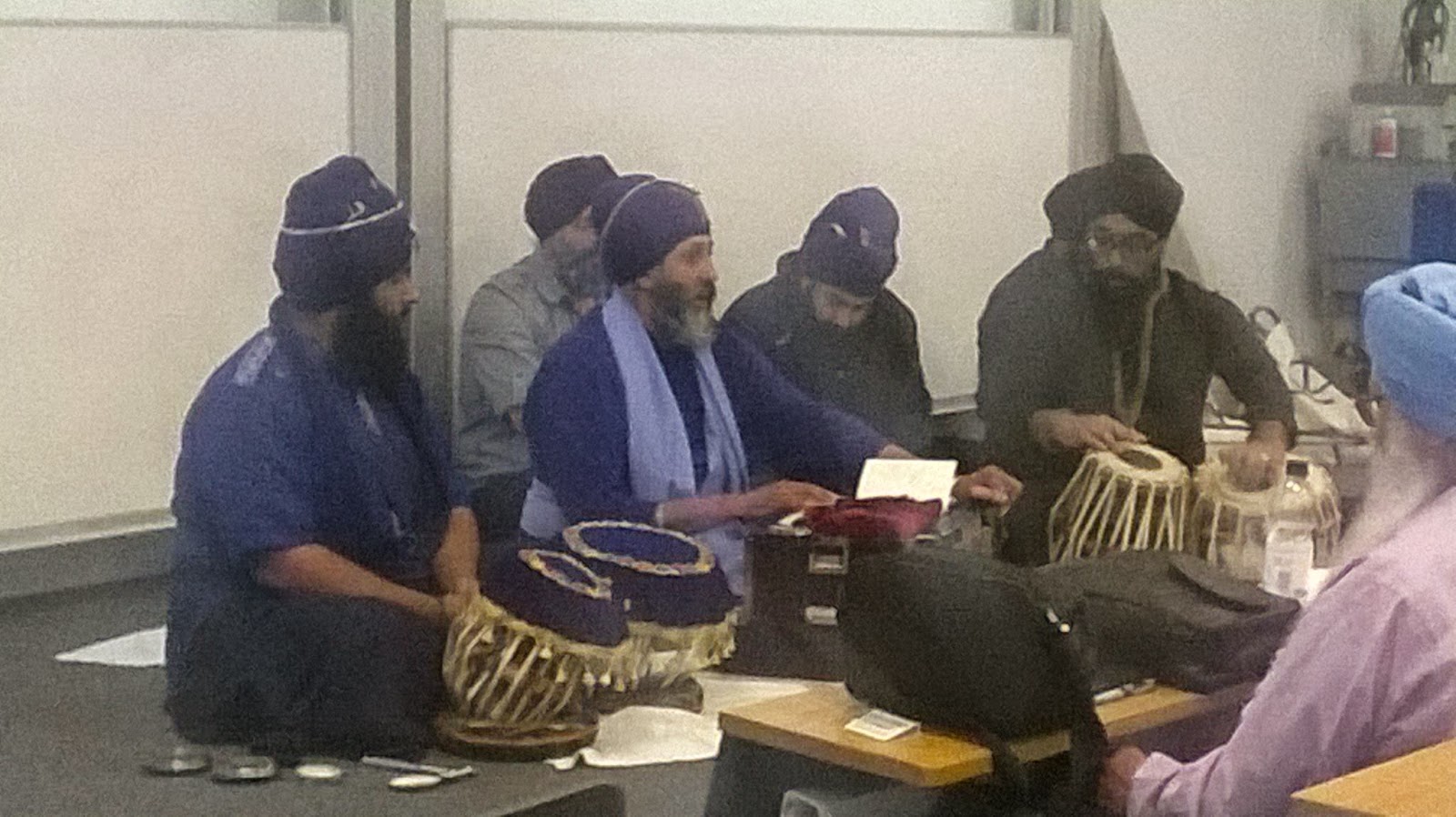 Ragi Harminder Singh and team
Rav Singh gave a unique view of Sikh History in London by adopting the famous London Monopoly board to provide a fascinating account of Sikh and Anglo-Sikh history.He showed how Sikh history could be seen throughout many locations in London. Davinder Singh in his Gurmat Psychology explained how the human mind has made incredible advances in the fields of science, technology, medicine, engineering yet remains profoundly ignorant of the development, evolution and transformation of the Human mind.
The last theme focussed on Film and Art.  Eric Schlaflang-Saving Our Girls – Foeticide gave an understanding on how deep rooted this problem is. Navdeep Singh Kandola’s showed footage from his Nihang Singh Documentary considering how the Akali Nihangs need to be given more exposure so that they could be better understood and some of the myths associated with the warriors of Guru Gobind Singh could be eliminated. Jason Askew Anglo-a specialist in military and historical artwork gave an overview of some of his paintings depicting the Anglo-Sikh wars, Sikh soldiers in the World Wars and also depictions of 1984.
The last presentation was given by Captain Harjot Gill in his Sikh Identity and the Armed Forces. He cited examples of how there was a need for uniformity within the British Military. He also ended the conference by thanking all the speakers and attendees.
The videos of the conference will be made available on the www.sikhstudies.co.uk website in due course.