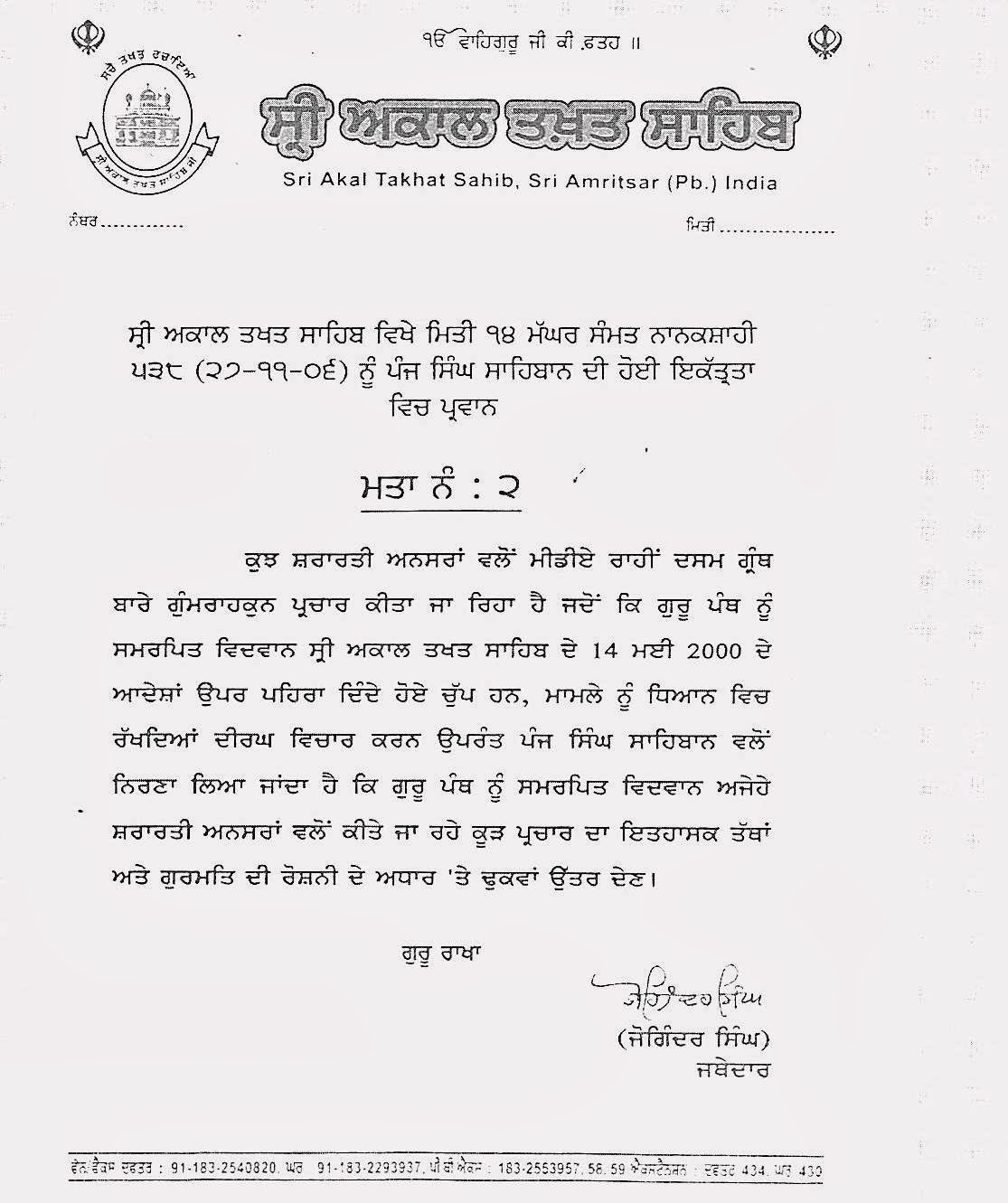 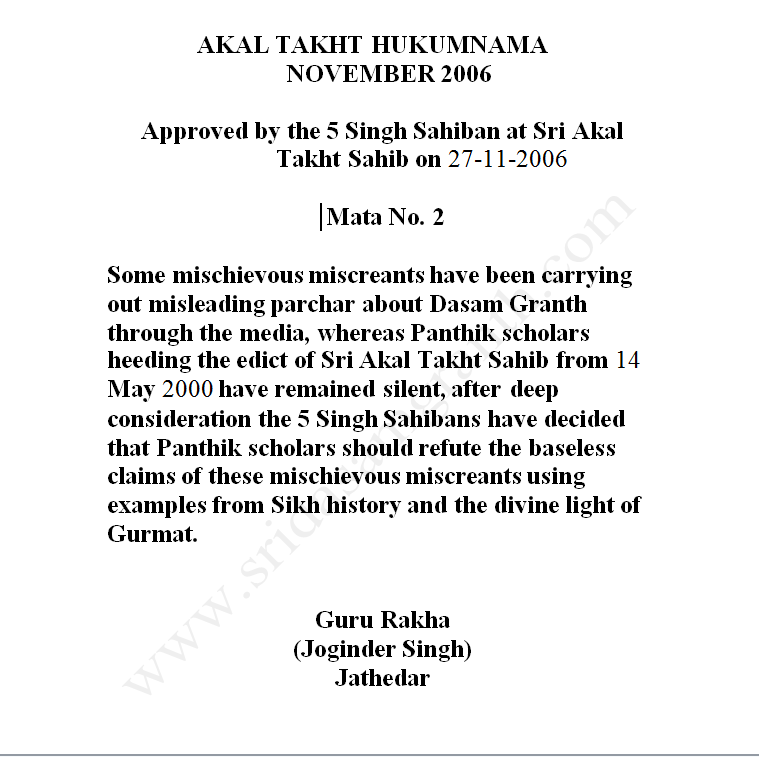 In 2006, the people who doubted Sri Dasam Granth Sahib were described as ‘mischievous miscreants’ by Sri Akal Takht Sahib. The mata issued by Sri Akal Takht Sahib stated those individuals who were causing doubts on Sri Dasam Granth Sahib needed to be challenged by scholars versed in the subject using sources of Sikh history.(Dated 27 November 2006).

In 2008, the Akal Takht Jathedar proclaimed that Sri Dasam Granth was an inseparable Scripture of the Sikh Panth and the compositions formed the liturgy of the Sikhs. He asked the Sikh Sangat not to criticize Dasam Granth and its contents. (Hukamnama dated June 6th 2008).

In 2008, the Dasam Granth path-bodh Samagam (recitation and understanding) took place at Hazur Sahib at Gurudwara Mata Sahib Deva ji. This was at the same time as the Gurta Gaddhi celebrations of Guru Granth Sahib. At this particular event the Akal Takht Jathedar, Giani Gurbachan Singh,commented on the relationship between both Granths, by stating ‘Puritan Rahitnamas state that the Dasam Granth and the Guru Granth Sahib should be read together.’

1n 2010, Ragi Darshan was excommunicated from the sikh fold for misinterpreting the Charitopkahyan of Guru Gobind Singh.

In 2013, Sri Akal Takht Jathedar sent a message to the world and scholars attending the Khalsa Di Virsa Conference, San Jose Gurdwara, California. He reiterated the edicts of 2006 and 2008 to the sangat that people trying to spread misinformation about Gurbani especially Dasam Granth. The need of the hour is to bring out the truth to the Sangat. Sikhs should stay away from those who have strayed/been excommunicated by Sri Akal Takht Sahib. The Scholars who participated in the Conference were thanked for shedding light on Sri Dasam Granth Sahib.(1)