The buying and selling of Gurbani for a buck 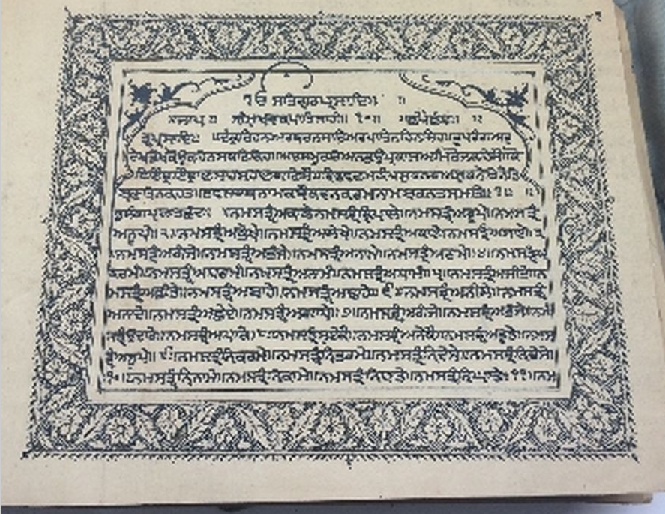 The Sikhs respect the word of the Guru formalised in the Sikh scriptures. Guru Granth Sahib represents the ‘living Guru’ of the Sikhs, whilst the Sri Dasam Granth represents the secondary or martial scripture. Gurbani or the auspicious words of the Gurus are considered most sacred. In the eighteenth and nineteenth centuries Sikh manuscripts were scribed for the Takhts and Gurdwaras.

In later stages of manuscript development, as in Maharaja Ranjit Singh era, many manuscripts were scribed for patrons. This meant that scribes were paid sums of money to decorate the Sikh granths.
Nothing wrong in this as the most creative artisans were employed. However?

There were some manuscripts that were created which were for display and many were created for the British to be displayed in exhibitions and also for Queen Victoria. It is a myth that the every Sikh relic was taken by the force by the British, many relics were commissioned. However what we find is, the more manuscripts that were commissioned for non religious purposes the more mistakes were made. So in essence these manuscripts were not authentic after all.

Lets make money
The selling of manuscripts and other important relics of the Sikhs has been become big business over the last two decades. Some so called ‘Sikhs’ in the UK have been instrumental in the buying and selling of Sikh relics and sticking them in an a attic, basement, or lock up garage.

Why would they do this?

Firstly there is no proper Sikh museum in the UK that can house relics or give proper satkar (respect), so many buyers keep them at home. However buyers of Sikh relics may not keep them without proper respect at home either.

Secondly the hunt for Sikh relics has almost become a race for money rich Sikhs. I have money so I want…..

For many decades several auction houses have claiming to have authentic Sikh relics and in some cases these have been proven to be dubious or inauthentic. This week the Auction house, Chiswick Auctions withdraw the sale of a manuscript of Sri Dasam Granth Sahib and another pothi. Lee Osbourne of Chiswick Auctions stated ‘The Sikh community in the thousands got in touch with us and said the sale was not acceptable. We are not here to show any disrespect to any faith, so we immediately with draw the sale.’ Whilst this auction house may have withdraw the Granth Sahib, there are many auction houses that continue to sell Sikh relics with impunity. It is getting to a point where Sikh sentiments are getting hurt and the wider Sikh Sangat are unhappy with the situation. Credit goes to a range of organisations who were instrumental in applying pressure to the auction house.

With regards to auction houses a proper case should be made diplomatically that the buying and selling of a Gurbani is a crime in the eyes of Sikhs. Emails and letters should be sent where necessary and meetings held. In the following few weeks I will be setting up a new initiative which looks at Sikh relics in the UK, there are 1000’s of items which are already in museums catalogued and not catalogued and we should work with these institutions so the general public can see the beauty of Sikh heritage and culture.