The Khalsa Fauj were betrayed by Lal Singh and Tej Singh on  22nd December 1845 during the
Anglo Sikh Wars.
Raja Lal Singh, a commander of the Sikhs who gave the battle plans to the British.

Raja Lal Singh and Tej Singh again came to the rescue of the English. The former suddenly deserted the Khalsa army during the night and the latter the next morning (22 December) which enabled the British to turn defeat into victory. The British loss was again heavy, 694 killed and 1,721 wounded. The number of casualties among officers was comparatively higher. The Sikhs lost about 2,000 men and 73 pieces of artillery.

A temporary cessation of hostilities followed the battle of Ferozeshah. The English were not in a position to assume the offensive and waited for heavy guns and reinforcements to arrive from Delhi. Lal Singh and Tej Singh allowed them the much needed respite in as much as they kept the Sikhs from recrossing the Sutlej. 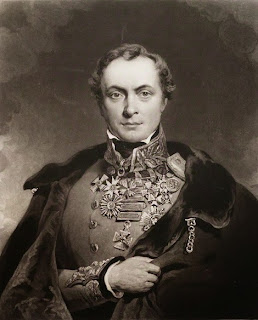 To induce desertions, Lord Hardinge issued a proclamation on the Christmas day inviting all natives of Hindustan to quit the service of the Sikh State on pain of forfeiting their property and to claim protection from the British government. The deserters were also offered liberal rewards and pensions.