Guru Nanak depicted through Sikh relics and artefacts in the UK 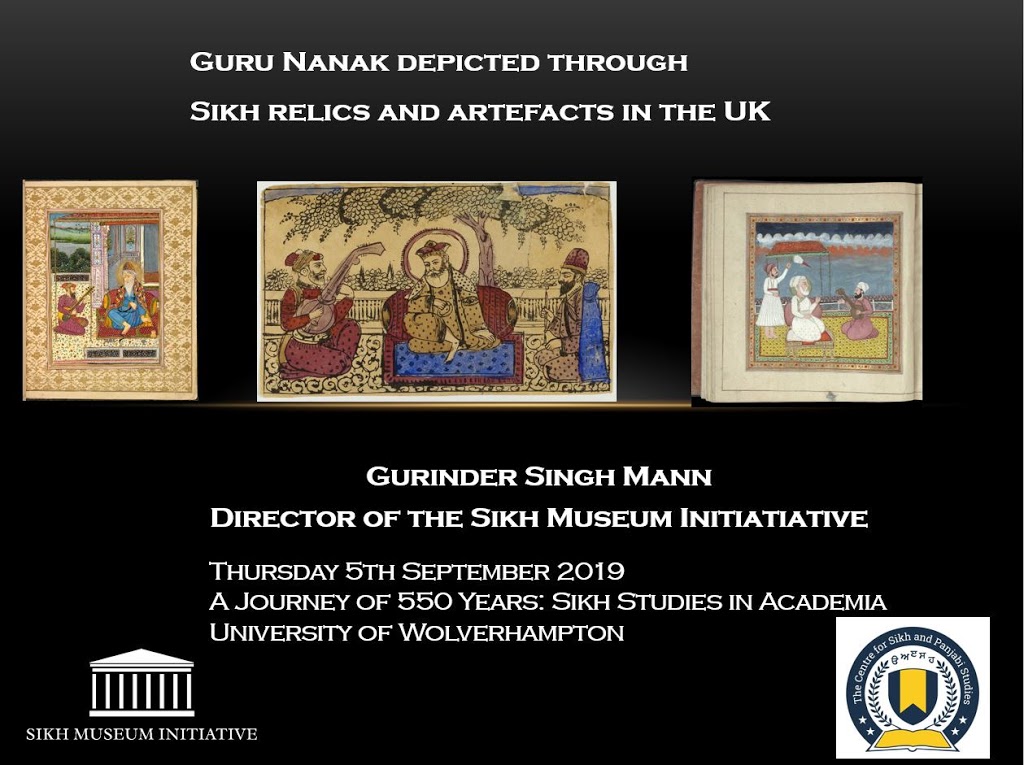 “Guru Nanak depicted through Sikh relics and artefacts in the UK”
A Journey of 550 Years: Sikh Studies in Academia
Centre of Sikh and Punjabi Studies
Wolverhampton University 5th September 2019

As part of the 3d day conference on the commemoration of Guru Nanak Sahib ji’s life, I gave a paper on Sikh relics and artefacts related to Guru Nanak in UK collections.

My introduction from the talk” Sikh representation through art. Frescoes and the extension of this idea onto material objects is something which whilst popular is rarely understood or probably misunderstood. This not includes representation and depictions of the Gurus but also the extension of the word or bani into spheres outside the realm of the Dharamsala or Gurdwara. Our concern however in this paper is predominantly to give consideration to the representations of Guru Nanak in some manuscripts, coins, Arms and Armour in UK public collections. However, the material heritage is just as important, and I will allude to several objects which bear depictions of the Guru.

At the end of the lecture I gave further information on the Anglo Sikh Virtual Museum which showcases objects that have been created in 3D by the Sikh Museum Initiative.

Questions ranged from how some images could be used to highlight the Rebab tradition through to how Guru Nanak had been depicted through different traditions. Thanks to Doris Jakobsh (University of Waterloo Ontario) for hosting the panel and Opinderjit Kaur Takhar for putting me together with other thought-provoking papers by Lou Fenech (Northern Iowa University)  and Satnam Singh (Independent Researcher, Danish Ministry of Education).

Thanks to Amarjit Singh and Tony Paul for providing me with the pictures and additional research for the presentation.