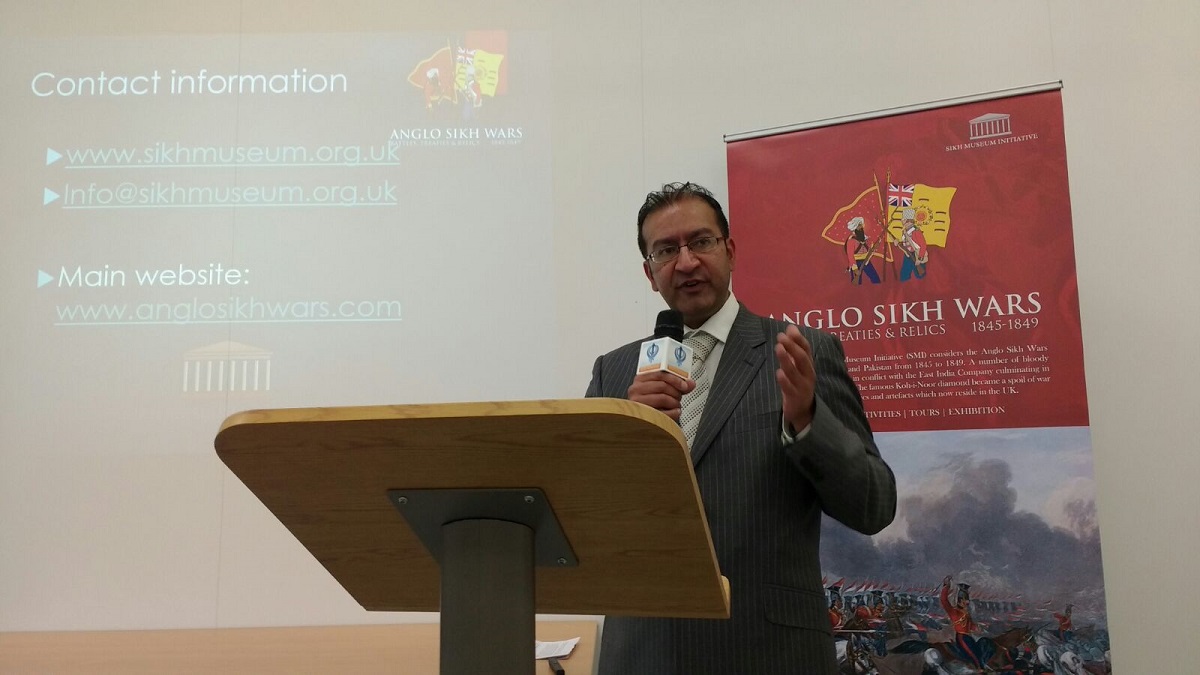 Another packed year full of disseminating information on Sikh history and heritage, working with
talented individuals and professionals across the world.

March 2016: Sikh Relics and Artefacts at the University of Leicester, UK.
(http://www.sikhscholar.co.uk/2016/03/smi-lecture-sikh-relics-and-artefacts_15.html)

April: The Rosary of Weapons of Guru Gobind Singh Lectures, California and New York with Anurag Singh and Dr Harbhajan Singh
The release one of the Breatplates of Guru Gobind Singh ji in 3d at these events with Taran Singh (http://www.sikhscholar.co.uk/2016/05/taran3d-has-joined-with-sikh-museum.html)

May: The History and Legacy of Jassa Singh Ramgharia at the Ramgharia Misl Day, Leicester UK
( http://www.sikhscholar.co.uk/2016/06/smi-lecture-jassa-singh-ramgharia-was_4.html )

September: The technological revolution in promoting Sikh arts lecture at the British Association for the Society of Religions Conference (BASR) 2016, University of Wolverhampton.( http://www.sikhscholar.co.uk/2016/09/the-technological-revolution-in.html)

The sikhmuseum also achieved media coverage in the newspaper Tribune India (http://www.tribuneindia.com/news/nation/uk-project-to-bring-alive-anglo-sikh-wars/314417.html) as well as working with Rav Singh and his ‘Little History of the Sikhs’ project where a number of tours were arranged related to Sikh history and heritage.

I would like to thank everyone’s support in the UK and across the world.
All praise to Akal Purkh for giving me the strength to achieve so much.